Here are some explanations and informations to become a VIP

To become a VIP, you simply need to get points by buying gems or bundle in the shop menu.

This giving you the necessary VIP points and of course the rewards associated with the purchase .

list of the purchases - rewards of this menu change every week

Become a VIP give you various bonuses depending on the level you will get.

Here is the list of levels with their bonuses and the necessary points: 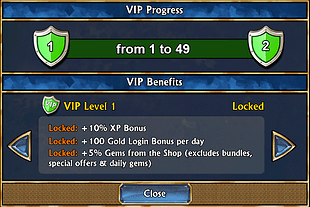 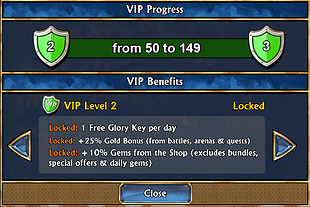 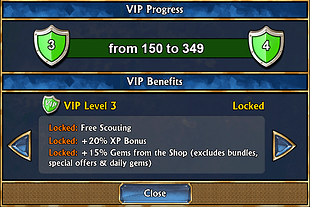 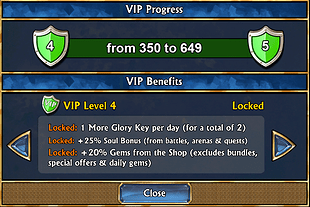 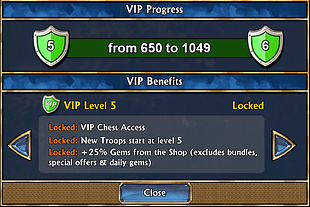 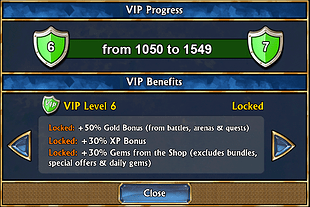 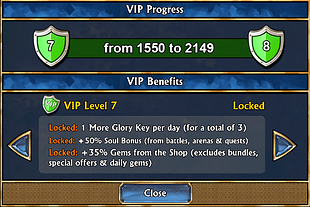 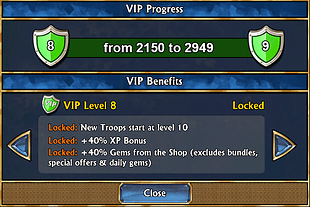 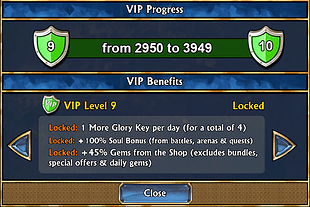 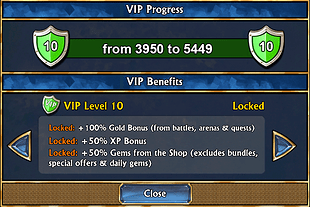 usefull link to know the Troops in the VIP Chest each week: Vip chests anyone?

*I hope this guide helped you understand the VIP system, have fun!

6 Likes
Official Breakdown of VIP Points per Level
Deathknight Pack+Typhoon of Keys: worth it?
I need help constructing a VIP Rewards guide
Q&A Thread & Guide Group-Up
GUIA VIP - (en Lengua Hispana)
Thanks to all who contribute to the GOW community
Shimrra February 11, 2016, 5:43am #2

I am quite sure those numbers for VIP levels are wrong… that’s a first.

Either that or the numbers we were given are wrong. One of the two.

Sirrian already gave us the point reqs and someone translated to dollars: I need help constructing a VIP Rewards guide - #24 by killerman3333

Oh ok, my picture is offbeat, i correct

Ok updated, my mistake was to start VIP from level 0

Those images above do not seem accurate…
My current screen shows to go from 3 to 4 is only 200 VIP points?? 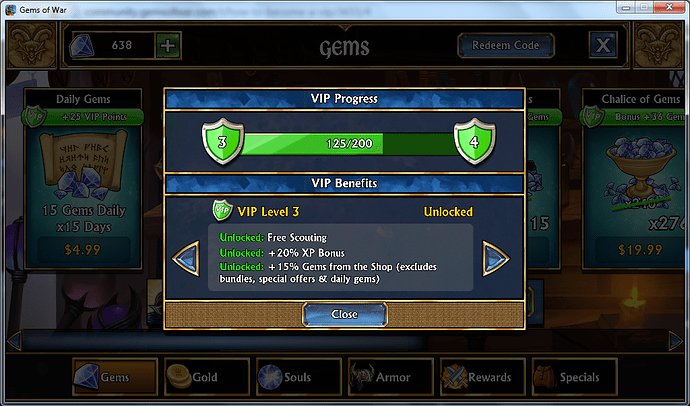 If I’m not mistaken the image in game shows the amount from 0 (ie you need 200 to get from 3 to 4) where as the images in the OP show the total amount of points required starting from level 1.

I did the math after I posted and realized that. Where did the OP get those images??? Just curious…

Here’s the one I always refer back to:

It looks like they might be edited images, there is a very faint line on the far right end of the green bar, just before the next level’s shield.

The bummer about the VIP club is that some of those features are useless if you upgrade after you’ve been playing for a while. I went on a buying spree to save time. The New troops start out at level 10 isn’t very useful when you have most of the cards.

Anyway I have more money than time and I want to make sure I support the devs because I really loved the puzzle quest series and this game continues that fine tradition.

would be nice if someone who spend so much money, could tell us the new points to VIP 10-15

I can’t find the english source at the moment, but @ONOPALAVER has the values in his excellent Spanish VIP guide: