Connectivity on iPhone -PvP not working

Expected to get to PvP. Tried 4 re-starts over past 30mins and each goes to a support message. Can get to other aspects such a guild roster. Issue with PvP

What are the steps to make it happen again?
Connect to app, select PvP, select opponent, select battle. 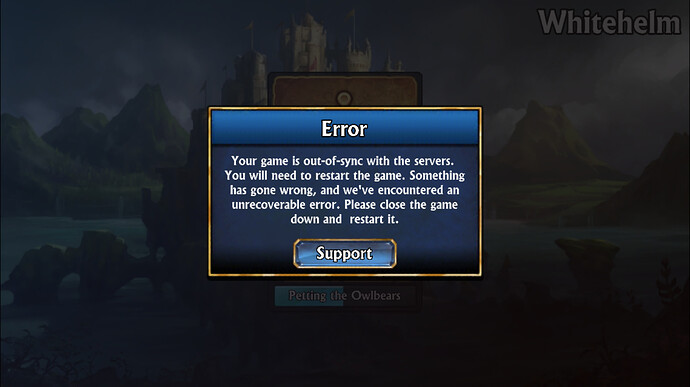 Hey everyone, looks like a whole bunch of players are getting a "servers out of sync "error on Mobile. We were making some tweaks server side and accidentally caused this. The fix will be out in twenty minutes.

It is! Fix will be out soon.