To be clear, I still think the devs are mistaken about the drop rates of epic vault keys. My pet theory is that this is like the treasure-troop-from-chaos-portal issue, where there seemed to be nested RNG checks. The interaction between the checks meant that even though the drop rates seemed to be correct in the data, in practice they diverged from the intended values.

I agree that that’s probably what is happening. So, it would be nice to have someone willing to work with the player base to see what is going on. Or even better, instead of checking code, perhaps check how many actual VKs and EVKs were found (if that’s possible). That would be the best data to verify if there is an error somewhere. Right now, we are at the players stating, with the best possible data collection available to us, that there is an issue. And what we get in return is silence.

they informed a group that had asked about it.

Would you be here complaining about it if it was answered in global and you didnt see it?

A relevant distinction though: in both examples above, the information is publicly available, so anyone could theoretically access it if they so wish. This is not the case for anything disclosed to closed groups.

Much like threads about e.g. Spoilers or Delve Strategy, the nature of this thread was rather clearly stated in the OP, with the suggestion that it be muted if a player finds it disruptive towards his/her forum experience.

@NerdieBirdie Honestly I doubt you understand anything about binomial probabilities.

I will try to keep it simple:

Even if one or two hardcore players received 1 EVK its still lightyears far from what is expected. By hardcore players, I mean from 30-40 and more VKs collected over the 3 days Vault event.
You should study more carefully my post 266.

Help! I have still not been able to find hardcore players who received several Epic vault keys during the 3 days Vault event! Its truly amazing because it should be the majority of the hardcore players.

Probabilities of EVKs received with 30 VKs collected with a chance of 10% for them to turn into an EVK: (slightly rounded numbers for easy reading)

Im really surprised to see how easily the players here seems to have resign about such a big hustle. And yet it is so obvious.

I don’t expect a response from the devs until after campaign #2 begins.

Youtube/Vimeo/Reddit links seem to be the norm

Wherever suitable, some players convert to Animated Gif

Something real weird happened turn 1 in wars. I recorded it. How do I put it here?

The couple of times I tried something like that, I used Vimeo and/or Reddit links (i.e. uploaded to Reddit, and linked it here for others’ perusal): maybe more savvy players can advise on alternatives?

Thanks kinda. Summat really weird lost me 2xtroops when neither were in kill range. It was turn 1. 1st and 4th troop dead from shade of zorn single hit. Their hero was thief. That’s impossible 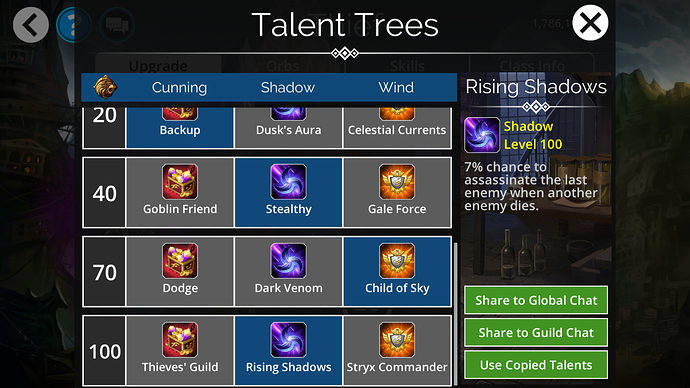 Yes I know but I wasn’t webbed so no triple dmg from p1 webspinner. His attack was 67 and my combined HP 244.
BanG. …dead
Even if I was webbed I would have taken the hit

Still beat the feckers with rock troll and gray king tho. Love gray king lots. But it’s 9.35k instead of 9.5k plus

I farmed 137 keys that weekend. 0 epic keys. Guess the drop rate is mythic like?

Anyway, if your total of 137 is really without the pity keys then here a few odds for collecting 137 VKs with 10% chances for them to be an EVK:

0 EVK : 0,0000538% (thats ~ 1 chance in 2 millions)
10 to 17 EVKs was the vast majority of the probabilities. Anything less or more than that becomes more and more unlikely.
You even had slightly better chances to receive 33 EVKs than to receive zero!

Edit: now with a drop rate of 1% (the true drop rate is somewhere close to that), you had 25,2% chance to receive 0 EVKs when collecting 137 VKs. Thats perfectly possible.

Sorry thats a mistype. I farmed 137 gnomes, got 14 keys including the free ones. I wish i had time to get that many keys

lol ok no prob. Yeah I was really in shock because I know several hardcore players and they were more between 40 to 60 Vault keys collected during the week end. Needless to add that they all ended with 0 EVK.
In the end, we all got robbed by a wrong drop rate who was (and stil is!!!) somewhere between 0,5% and 1,5% probably either by incompetence or deliberate lie from the devs. Make your choice between the two…

I don’t believe it was an intentional lie.; at least not by the dev team. Interestingly, I am getting as many gnomes after the event ended as there were during the gnome weekend.

Impossible to know for sure if it is just their usual incompetence or an intentional lie but if we see in a few days or weeks an Epic vault key in an offer for real money (either flash offer, Elite pass or Elite pass+), then the odds for a deliberate lie will increase dramatically…and their reputation will decrease even more. (for me, their reputation is already at zero for simply being involved into a F2P game concept, but that’s another subject).