Make it so I can copy a team that I fight after the battle.

Paragon is using this

Make it so I can copy a team that I fight after the battle.

I really like the AB. is it too early to make suggestions? how about a task where the reward is extra class xp in the class that you used to complete the task?

Wait, why did they take a bunch of old Mythics (who frankly all need reworks really badly, at least IP2’s telemetry is great) and give them such inconsequential buffs? 1 more damage here and 1 more lifegain there isn’t going to fix anything.

As Tacet mentioned in his video, a fix for Death Mark would be the thing to boost Death (currently, reapplying Death Mark increases the duration but also reapplies the 1-turn delay before the insta-kill starts rolling). Not a boost in damage that makes it still weaker than Sunbird, and as a Mythic for 24 Mana!

Euryali now does… (hang on it’s easier to check by opening a match now) 44 AoE true damage, up from 36, and that requires running a full team of Bone Nagas. I feel like that isn’t going to make her more widely used.

The rest of the changes are hilariously superficial. +2 spell damage isn’t going to help Draakulis, and nobody plays Abynissia for the trait.

Cant paste teams to discord after copying it.

This addition serves no real purpose other than to prop up the “troop suggestion” feature, which is already best described as flimsy. But in the process we add yet another thing to the troop cards and to the collection menu, spaces that are already overcrowded - if you can’t find the “troop role” filter, you will have to scroll to see it like I do.

(If you’re going to add needless stuff like this to the card display, at least show the magic stat next to the other three! And color code them for the love of [the religious nonsense of your choice]!)

“Warrior” is still a wretched catch-all type that doesn’t really mean anything - filter by this one and you’ll find most of these troops don’t have much in common. Sapphira never one-shot a troop in her life but is down as “assassin” while well-known killing machines like Yao and Ketras are “warriors” (as well as TINA who should be either an assassin or a mage) - Stronghorn is an assassin despite scaling exactly how Ketras does and doing considerably less damage. And Black Beast - despite particularly pointed comments on my part - is still a “support” when all he does for his team is consume them, I mean seriously?

I know my comments and my exceedingly long list of suggested changes were noticed, because I was told as much and on inspection just now about half the list got changed (mostly, for that matter, to what I advised), but some of the more silly things have been left alone (like 90% of the Warriors).

And if “Dragon Eggs” is going to robotically be called a “warmaster” just because it summons something, then the rest of the rules-slash-guidelines should also be followed to the letter and troops that (conditionally or otherwise) do horrific damage should all be assassins and troops that merely do “some” damage should all not be assassins. But no. We get … whatever this is. Conditional 50-ish single target non-true damage is an assassination for end-gamers now, you heard it here first.

I definitely had some good things to say about this patch but for the life of me I can’t remember them anymore.

I’m still aggravated about the new troop roles.
And if “Dragon Eggs” is going to robotically be called a “warmaster” just because it summons something, then the rest of

Eventually we’ll be able to tag troops in our collection ourselves, as well as tagging favorites and ‘never suggest’ troops. This is just beta

I just made another unpleasant discovery.

So this hopeless role filter thing also was there for weapons in the beta, but mangled beyond belief to the extent I just said I wasn’t going to try to advise them on it. It looks like they tried to take it out, because the symbols aren’t on the weapons anymore, but… the search filter is still there and you can still find all the “assassin weapons” and so on. The problem is that the distribution is really poor - probably why the decision to remove it came down - “Defender” has a grand total of five weapons for it.

I think it could almost be working as intended? I mean, the “mage” weapons are almost exclusively AOE or scatter/split damage. But the fact you’d never know unless you filtered it is probably not a great sign.

attempt to give some kind of guidance towards newbies so they think about what roles the troops play. I never personally expected to lean on it, partially because I sort of categorize the troops like that myself but I think 5 categories is pushing it in terms of complexity. As is there are so many roles it’s unclear which ones go well together and it might be muddying the waters even more.

But I mean, Dragon Eggs has to have a role, and they didn’t make a “garbage” role, so there you go.

The part I’m most disappointed about is hearing that beta testers left feedback and it sounds like it went widely unacknowledged.

I want to make a log of my daily AB rewards. But i Finished one before I decided to do this and I dont remember what the reward (amount) was. Does anyone know how many of each key reward are in the “search for keys V” task are? if you have that task today and can let me know, Id appreciate it.

Troops can only have a single Role, which represents a Troop’s most common purpose in the game. E.g. Gorgotha is both a good frontline Troop and Mana Generator. His primary purpose is as frontline troop though, so he is classified as a Defender.

While teams suggested this way will never be as good as teams finely-crafted by human players, they make a good starting point, if you’re a bit stuck on what troops to add.

The Suggest a Team will never be as good as a good human team builder, we’ve never claimed it would be as good as a human. This feature is not specifically targeted at endgame players or players who know how to build teams. It’s targeted towards new players and players who are struggling to build teams or just at anyone who wants to have some fun with trying different team builds or getting some inspiration.

I would be surprised if the suggest team feature ever builds the next meta team, but it might save some players who aren’t good at, don’t know how to or who don’t enjoy team building some time and headaches.

At any rate, I think we can all agree it’s a vast improvement on the old suggest a team feature.

Hopefully that clears things up

What was the main problem with Stonehammer? - Not getting enough life

Same on PC, but …
having troops is not important, only life is important 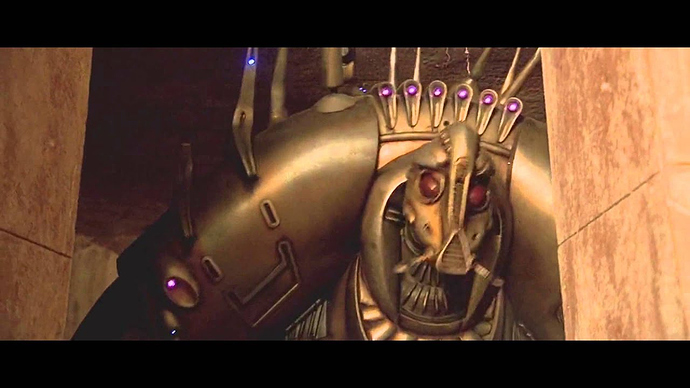 For what it’s worth, assigning troops to roles seems like it would have been the perfect place to use in-game surveys.

Everyone (maybe just players level 400 or more) gets an offer to classify ten or twenty random troops (including “no response” in case a player doesn’t want to assign a role), for a reward of 10 gems, or 200 glory, or somesuch. By the end of the survey each troop will have received quite a few votes on its role. Most will be in broad agreement, and the ones that have an even distribution across multiple roles are the ones that need specific dev attention.

Or just let @Shimrra at the role list. He’s good at this sort of thing.

cool idea. that does however open it to trolling though

Daily login rewards displayed on this menu are:

Mage? What is this?

There’s a load of bugs that came along like with every update no I’m not complaining just stating a fact. The pet rescue it’s a visual glitch where when you go into a battle it shows 1 invasion sigle. And if you go to quickly into the troops menu it’ll show computer language for a slit mila second also if you click on someones profile in global chat it’ll say they own 0 out of 650 troops @Kafka

Some questions (possibly suggestions for 4.4.5):

a) why weapons do not have role marks at their bottoms?

b) why hero class is not taken into account for “Suggest Team” mechanism? We remember that for low-level players race or kingdom bonuses are very nice, so why not make Giant team for Titan or Human team for Warpriest?