Queen’s Mab spell damage is based on Magic + the mana enemies have. Arcane is very good on Queen Mab.

Because after years I recently got Queen Mab, I wondered, why she has the Arcane trait, it is quite useless on her…

Mana Burn is boosted by Magic, Arcane also triggers when casting her own spell. Feels like one of the very best second traits she possibly could get.

Ok, didn’t know. I thought it would need to have a different colored number in the text to be able to scale of magic. Thanks

So I’m a little confused, Is the top task (kill 100 enemies for example) weekly or daily? Also, I didn’t have an option to switch it for another one like I saw in a screenshot somewhere in previews of the patch for 15 gems iirc.

So I’m a little confused, Is the top task (kill 100 enemies for example) weekly or daily? Also, I didn’t have an option to switch it for another one like I saw in a screenshot somewhere in previews of the patch for 15 gems iirc.

You can only pass on tutorial tasks for 15 gems. As long as you don’t make progress in the top task it will reroll each day.

As long as you don’t make progress in the top task it will reroll each day.

So if I complete it then it won’t reroll after reset?

Who said adventure board was better than daily task? Lol 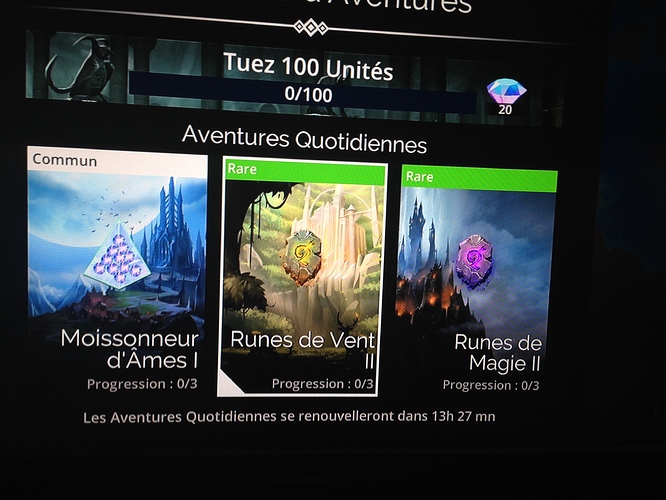 I really wish that we could switch or reset the main task or one of the side ones.

I have a question. Not sure if this is intended, but since patch doom weapons in arena have not been giving the bonus damage per tampering. It used to, but was not sure if this was intended or not.
They may have never worked i guess.
Or if its just me

@Hoop I’m thinking it was a silent fix

. I mean, makes sense that tempering levels wouldn’t apply. Maybe they didn’t want to draw attention to it?

It’s not mentioned in the Patch Notes for some reason, but tempering levels no longer boost damage of Doom weapons in Arena.

It was one of those things that not a lot of people knew about, but I feel like it would’ve still been a worthy mention when talking about fixed bugs, because I’m sure it didn’t get fixed on its own

Thanks. At least im not crazy, i thought it was different. Definitely should of at least mentioned it even if it was never supposed to work that way. Those silent fixes are frustrating

Uh, what happened to the sort option in the troops filter? Like sorting by troops that can be upgraded? I’ve been staring at the screen for at least five minutes now, I just can’t find it any longer. Did it get particularly well hidden or did it drop out to make room for the role filter?

Its at the top now. Don’t worry, took me a while to figure it out too. The things that don’t make the patch notes …

Its at the top now. Don’t worry, took me a while to figure it out too. The things that don’t make the patch notes …

Patch notes about the adventure board are more in depth than the actual adventure board.
But add me to the list of those who wasted at least a minute trying to find the button that I use 99% more than any other troop filters.

Black Beast is support because Kraken is a healer 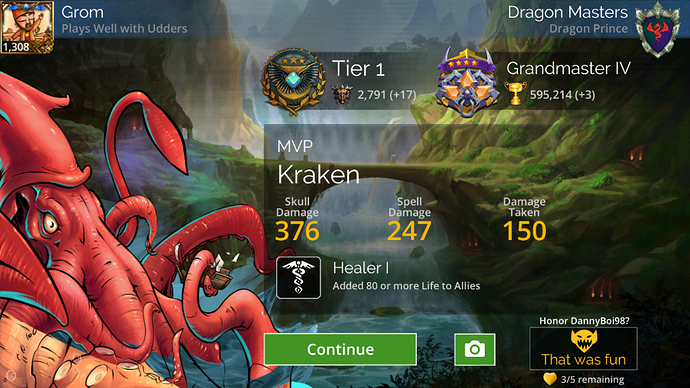 6 days in a row, and I am getting only the main task for 20 Gems all the time. The rest is “useless”.

@Saltypatra @Kafka @Sirrian you told us that we be getting the same values of resources and yet to see higher tasks.
I have this guild mate who is so lucky with chest drops and encountering gnome all the time and now he is getting better tasks with plenty on gems from AB.
I want to confirm to us that our resources are not locked by bad RNG as it feels like if u have good RNG on chest then they getting good tasks from AB while us with bad RNG we miss on chest and now our resources.
That wasn’t the promise we heard from you DEVS

I get 0 gems at least everyday I’d say that’s more than the priviouse gem value. Also use sunbird team it flys through those battles